Treasurer Chiang Releases '30 and 30' Plan to Battle Workplace Discrimination and Harassment
By 2019, 30% of Corporate Boards should be Comprised of Women; 30% Minorities and LGBTQs

I have been shocked, as I am sure you and other members of our board are, by the recent explosion of media reports detailing high-profile and widespread instances of sexual harassment and misconduct. From Hollywood to Washington, and from state houses to Silicon Valley, women are stepping out from behind walls of silence to uproot long accepted misogyny and sexual abuse in such traditionally male-dominated industries as politics, high-tech and entertainment.
Their courage and resilience will hopefully spur overdue reforms in the way we develop anti-sexual harassment training, investigate claims, and generally how we can more effectively combat this workplace menace.

Installing more rigorous anti-harassment policies will go a long way toward addressing workplace-based sexual discrimination and misconduct. But if we want a more transformative and lasting answer, we must fundamentally change the power structures at the top of our institutions.

Would Harvey Weinstein’s brutish reign as CEO  have lasted as long and claimed as many victims if he had been answering to a more diverse board than  the exclusively male group that led the film studio that bears his surname?  Is the “bro culture” that infamously haunts Silicon Valley and is often blamed for keeping women and minorities from ascending to positions of influence largely perpetuated by its white, male-dominated corporate boards?

The only way to change the status quo that leads people in power to think it is okay to grope, bully and abuse, is to change the power structure in corporate America by putting more women and minorities on boards of directors. As powerful players in corporate investments, we must mount a strong and clear advocacy campaign to greatly increase corporate board membership diversity.

We are already seeing others move in this direction. As I write this, the Los Angeles Times is reporting that Maria Contreras-Sweet, who ran the U.S. Small Business Administration from 2014 to 2017, has offered to buy the Weinstein Co. and install a majority-female board of directors.

How much longer can the case for adding more women and minorities be ignored? The 2016 Deloitte Board Diversity Census revealed that only 20 percent of Fortune 500 board seats are filled by women.  When looking at the ethnic makeup of these boards, the picture was even bleaker.  Only 8 percent of Fortune 500 board seats had been filled by African-Americans, 4 percent by Hispanic-Americans, and 3 percent by Asian-Americans.

CalPERS is in a position to play a unique role by refocusing and increasing efforts in the marketplace that promote board diversity among the corporate entities with which the fund is engaged. We must begin holding people and organizations accountable. It is time we publicly and boldly promote diversity from our leadership position within the marketplace, rather than settle for ploddingly nudging it along from behind.

CalPERS Board members have been national leaders in furthering the issue of corporate board diversity. Together with the California State Teachers’ Retirement System (CalSTRS), we created the Diverse Director DataSource (3D), a networking database from which shareholders and companies can recruit directors from a pool of candidates with global diversity across a spectrum of experience. The 3D database has proven to be an effective mechanism to connect employers in search of diverse board members.

But the time is upon us to do still more.

We have seen too little progress made by corporations. As a whole they should be much farther along today with diversification of their boards. For instance, between 2010 and 2016, Deloitte found that of approximately 5,400 Fortune 500 board seats, the number of women increased from 16 percent to 20 percent and minority representation increased from 13 percent to only 14 percent.

This is paltry progress.  I recommend the Board take bolder steps in support of diversity.

Next, the Principles should set a clear expectation that all companies engaging with CalPERS will meet this goal by the start of the 2019 proxy season.  This will provide corporations 12 months, or until the next proxy season to make the changes necessary to comply with the revised principles. Further, CalPERS should make clear that where progress toward this “30 and 30” goal is unmet, the fund will consider withholding its proxy votes, or cast “No” votes for all board members.
In 2015, CalPERS called on the Securities and Exchange Commission to amend Regulation S-K to require the disclosure of a board’s gender, race, and ethnicity in an informational matrix form.  In order to promote the transparency of these efforts, CalPERS should sign on to the NYC Pension Funds Boardroom Accountability Project 2.0 and support redoubling this effort  to also include skills and experience, board tenure, age, and sexual orientation.

As a fiduciary with concerns about the long-term success of the system, I believe that investing in companies with diverse boards is a sound policy. Research shows that diverse companies outperform those that are non-diverse.

I believe that if we lead the way in following a course of investing in companies with diverse corporate boards our actions will reverberate through boardrooms around the globe. And we also will have shifted the power dynamic to make the world a better place.

Let greater inclusivity be our North Star.  With greater representation of women and minorities on corporate boards, there is every reason to expect greater accountability from CEOs, some of whom might otherwise engage in disrespectful behavior and ignore the vulnerabilities of workers lacking the power to say no.

We can make a difference in achieving the critical mass where women and people of color are no longer seen as outsiders. We can promote a work environment in which women and minorities feel safe and flourish.

I look forward to discussing this proposal with CalPERS staff and my colleagues on the Board. 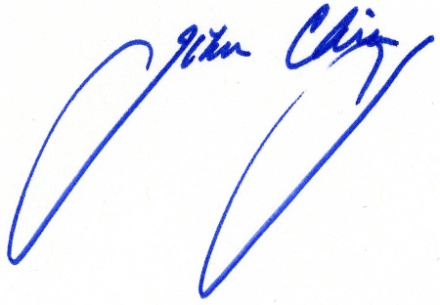