Home ->> CAEATFA ->> Members of the Authority

Members of the Authority

Ms. Fiona Ma was elected California State Treasurer in November 2018. She previously served as Chair and Vice Chair of the California State Board of Equalization from 2015 to 2019, representing more than nine million taxpayers. There, she led historic reforms to increase efficiency and transparency at the agency. As a state legislator, she was the first and only Asian-American woman ever elected California Assembly Speaker pro Tempore, the second-highest ranking office in the Assembly. During her time as a legislator, she passed landmark legislation to ban toxic chemicals in children’s toys, protect small business-owners and expand opportunities for homeowners. She previously served as a San Francisco Supervisor.

State Controller Malia M. Cohen was elected in November 2022, following her service on the California State Board of Equalization (BOE), the nation’s only elected tax commission responsible for administering California’s $100 billion property tax system. She was elected to the BOE in November 2018 and was Chair in 2019 and 2022. As Controller, she continues to serve the Board as its fifth voting member.

As chief fiscal officer of the world’s fifth-largest economy, Controller Cohen’s primary responsibility is to account for and protect the state‘s financial resources. Controller Cohen also independently audits government agencies that spend state funds, safeguards many types of property until claimed by the rightful owners, and administers the payroll system for state government employees and California State University employees. She serves on 70 boards and commissions with authority ranging from affordable housing to crime victim compensation to land management.

Joe Stephenshaw was appointed as Director of the California Department of Finance by Governor Newsom in July of 2022. In this role, he serves as the Governor’s Chief Fiscal Policy Advisor. Prior to his appointment, Stephenshaw served in Governor Newsom’s Office as a Senior Counselor on Infrastructure and Fiscal Affairs.

Stephenshaw was Staff Director for the Senate Budget and Fiscal Review Committee from 2017 to 2022. He held multiple positions in the California Legislature from 2008 to 2017, including serving as a Policy Consultant in the Office of the Senate President pro Tempore, a Special Advisor to the Speaker of the Assembly, and as a Budget Consultant for both the Assembly Budget Committee and the Senate Budget and Fiscal Review Committee. Stephenshaw was a Budget Analyst for the California Department of Finance from 2005 to 2008. Stephenshaw is a graduate of Menlo College with a bachelor’s degree in Business Administration. He also earned a Master of Business Administration degree from California State University, Sacramento. 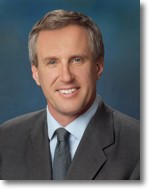 
David Hochschild was originally appointed by Governor Jerry Brown in February 2013 and reappointed by Governor Gavin Newsom in January 2019. He fills the environmental position on the five-member Commission where four of the five members by law are required to have professional training in specific areas - engineering or physical science, environmental protection, economics, and law. Commissioner Hochschild’s career has spanned public service, environmental advocacy and the private sector. He first got involved in the solar energy field in 2001 in San Francisco as a Special Assistant to Mayor Willie Brown where he launched a citywide $100 million initiative to put solar panels on public buildings. He went on to co-found the Vote Solar Initiative, a 60,000-member advocacy organization promoting solar policies at the local, state and federal level. He served as executive director of a national consortium of leading solar manufacturers and worked for five years at Solaria, a solar company in Silicon Valley. In 2007-2008, he served as a commissioner at the San Francisco Public Utilities Commission.

Alice Busching Reynolds was appointed to the California Public Utilities Commission as President by Governor Gavin Newsom on November 22, 2021, effective December 31, 2021. Prior to her appointment, President Reynolds served for three years as Governor Newsom’s senior advisor for energy. From 2011 to January 2019, she served in the administration of Governor Edmund G. Brown Jr., most recently as the Governor’s senior advisor for climate, the environment and energy and previously as chief counsel and deputy secretary for law enforcement at the California Environmental Protection Agency. During her time at CalEPA, she coordinated statewide multi-agency environmental enforcement actions and led the creation of the agency’s environmental justice task force and refinery safety task force. President Reynolds began her public service career in 2002, serving approximately 10 years as a deputy attorney general in the California Attorney General’s Office, where she litigated cases involving protection of public trust lands, coastal resources and public access, and other environmental issues. Prior to entering public service, President Reynolds was a lawyer in private practice in San Francisco. President Reynolds holds a bachelor’s degree from Stanford University and a juris doctor degree from Santa Clara University School of Law, where she graduated magna cum laude.