Stanford University (Stanford) is internationally recognized for providing quality higher education and for the quality of its research for both its undergraduate and graduate programs. The various programs include the core humanities, fine arts, languages and literature, the social sciences, mathematics and the natural sciences in addition to the Schools of Business, Education, Law and Medicine, which offer graduate and professional degree programs. 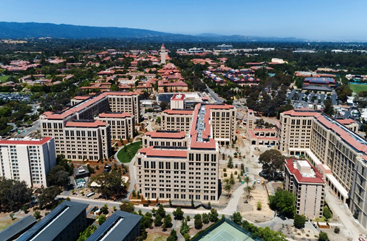 On February 28, 2019, CEFA approved Stanford’s request to issue up to $600 million in fixed-rate, tax-exempt bonds. The bond proceeds were used for the renovation and construction of various campus projects, including student and faculty housing. The bond proceeds were also used to refinance Stanford’s commercial paper issued through CEFA as well as other commercial paper and its revolving credit line. Among the many construction and renovation projects, one of the more notable housing projects would add 2,020 on-campus beds for graduate students in addition to facilities such as group study rooms, a lounge and exercise rooms that would be accessible to the entire graduate community.

On March 25, 2021, CEFA approved Stanford’s request to issue up to approximately $816 million in net tax-exempt bond proceeds. The bonds, which have been certified as both Sustainability Bonds and Climate Bonds, were used to provide new money for Stanford capital improvement projects, refinance commercial paper and pay down a revolving line of credit (also used for Stanford capital improvement projects), and refund prior CEFA bonds. Projects funded by the bonds qualify as Sustainability Bonds because they directly contribute to Stanford’s pursuits of health equity research (e.g., through the Stanford School of Medicine and the Center for Academic Medicine), affordable housing (e.g., through the Escondido Village Graduate Residences and the Middle Plaza at 500 El Camino Real), and systemic and academic equity initiatives (through a number of projects). In addition, they qualify as Climate Bonds because they fund projects that will enable continued growth while aligning with Stanford’s anticipated trajectory to reach zero greenhouse gas emissions (GHG) by approximately 2030 and meet local green building standards.

On April 24, 2008, CEFA approved the issuance, from time to time, of tax-exempt commercial paper notes for the benefit of Stanford in an aggregate principal amount not to exceed $300 million at any one time. Proceeds from the TECP Program may be used for the purposes of funding various capital projects. On March 25, 2021, CEFA approved to amend Stanford’s authorized project list to include additional projects for its TECP Program. The additional projects include various renovation and construction projects as well as equipment purchases for several of Stanford’s facilities.

Karen Kearney, Treasurer
“Stanford University’s Escondido Village Graduate Housing Complex was completed in summer 2020. The project is a 1.8 million square foot residential complex, providing a total of 2,434 new graduate student beds, parking and auxiliary service spaces, enabling Stanford to increase the proportion of students it is able to house on campus from just over 50% to 75% of its graduate student population. The complex provides more accessible and affordable housing options than otherwise available in the high-cost local Bay Area market. Significant funding for the project, the largest ever undertaken by the university, was provided by tax-exempt debt issued through CEFA. Stanford has enjoyed a long history with CEFA and was one of the agency’s first borrowers in the early 1970’s. The university looks forward to a continued relationship with CEFA to address its future tax-exempt borrowing needs.”